CASE STUDY: In Colorado where medical marijuana and marijuana legalization have been made legal through the ballot initiative process, RICO (Racketeer Influenced and Corruption Organization Act) lawsuits are being filed due to quality of life issues. The Reilly's as an example are Colorado property owners who own property in Pueblo, Colorado-approximately 105 acres known as the Meadows at Legacy Ranch. The Reilly's who have been injured by a conspiracy to cultivate recreational marijuana near their land, are also members of Safe Streets. The Reilly's seek redress under RICO, which requires those who engage in racketeering activity—including the commercial production of marijuana—to pay those they injure treble damages, costs, and attorneys' fees. The Reilly's also seek an injunction under RICO directing the marijuana operations affecting their land to stop violating the federal drug laws. In addition to their RICO claims, Reilly's are also suing the state and local officials who are facilitating and encouraging Colorado's recreational marijuana trade, including the racketeering activity that is injuring their property, through a licensing regime that purports to authorize federal drug crimes. Because state and local government actions that promote the marijuana industry directly conflict with the federal Controlled Substances Act ("CSA"), those actions are preempted under the Supremacy Clause of the United States Constitution and must be set aside. (5)

In June of 2017, the Tenth Circuit issued its opinion ruling that property owners who are subject to a persistent, foul odor due to nearby commercial marijuana operations my sue under RICO.  It also ruled that property owners may sue under RICO if nearby commercial marijuana operations diminish the market value of the owners' property.  The court's opinion provides a roadmap for brining RICO claims against marijuana businesses to help protect property owners from the marijuana industry and its impacts. Successful RICO plaintiffs are entitled to recover their attorney' fee from the defendants.  The Tenth Circuit is the federal court of appeals and the only court with authority to overturn its decisions is the United States Supreme Court.

On June 13, 2017 in OREGON another RICO case was filed.  Oregon property owners who indicate that they have suffered injury to their property as a result of marijuana being produced and trafficked from two properties adjacent to Plaintiffs' property.  Plaintiffs seek redress under the Racketeer Influenced and Corrupt Organization Act ("RICO").  45 Defendants have been named in this suit who have been connected to and involved with this marijuana operation.   As noted in the suit Defendants violated the controlled substance act and engaged in money laundering.   For their mutual and individual profit, all Defendants formed an association in fact (the "Main enterprise") for the purpose of producing, processing marijuana and selling marijuana.  Given the strict federal prohibitions against each of those purposes, defendants knew these purposes could only be accomplished via a pattern of racketeering.  In furtherance of that goal, Defendants pooled their resources and achieved enterprise efficiency that no one Defendant could have achieved individually.

Marijuana businesses make bad neighbors. They emit pungent, foul odors, attract undesirable visitors, increase criminal activity, increase traffic, and drive down property values. Safe Streets is a nonprofit organization devoted to reducing crime and illegal drug dealing, and the Reilly's are property owners who have suffered injuries caused by the operations of a nearby marijuana business.

BEWARE: Marijuana advocates say that marijuana is a victimless crime and what a person does with his or her own body is there personal right.

TRUTH: Medical marijuana and marijuana legalization is far from being a victimless drug. As quoted by CBS news, "the family of a Tulsa man who shot himself Saturday night in Keystone, Colorado is blaming his suicide on his ingestion of edible marijuana candies." "It was completely a reaction to the drugs, "Kim Goodman said about her son Luke's Saturday night suicide. Luke Goodman's death is not the third death in Colorado linked to marijuana edibles." (6)

Unregulated access of marijuana is getting this drug into the hands of our children. According to Clackamas County Mental Health of the 242 kids 18 and under who went into County treatment facilities in 2013, over 70.5% were there for marijuana addiction, all victims of the impact of the easy access by youth affecting their quality of life. (4)

We always love the comment from the pro pot advocates that drug dealers don't check the ID of children and that marijuana storefronts will keep marijuana out of the hands of kids. Well, these storefront marijuana dealers won't have to check the ID's of kids because kids will continue to get their marijuana from the dealers on the street corner, because many won't financially be able to afford to open a store front, but what they will be able to do is provide marijuana at a cheaper price because they don't have any overhead or taxes to bother with. Kids will also be able to access marijuana from their 21 year old friends who will now be able to grow 4 marijuana plants in their home or backyard openingly and have 8 ounces in their possession, again providing another black market hole. 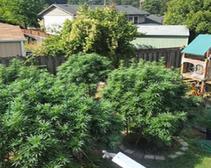 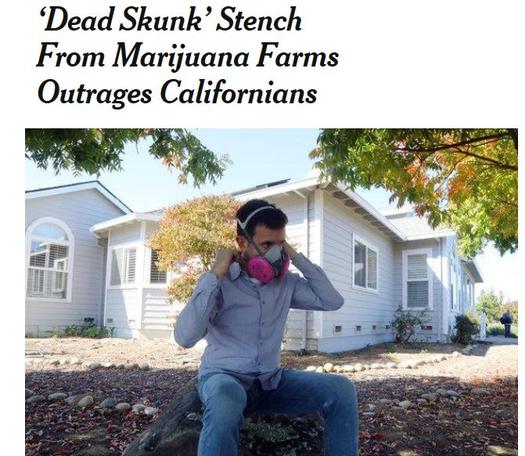 We often hear from advocates of medical marijuana and marijuana legalization that they should have the right to do what they want with their own body, it is a harmless drug, but we can tell you that the quality of life of those around them are greatly impacted.

Medical marijuana and marijuana legalization advocates always like to tout that if you tax and regulate marijuana the black market will go away, but in reality, they are the black market simply trying to masquerade in a neighborhood store front. According to Oregon State Police, over 1,008 pounds of marijuana was trafficked to the underage and out-of-state black market in 2012 under Oregon's current medical marijuana program, which validates that you cannot regulate a federally illegal drug. (3)