In December of 2015 Clackamas County Commissioners decided to open the door and OPT IN and allow recreational commercial marijuana grows, processing, wholesaling, and retail stores in the unincorporated areas of Clackamas County.  As of 1/4/16 there are over 547 commercial marijuana land use applications (some pending-some approved) that have been applied for. Over 98% of these land use applications are for marijuana production sites with the majority located in unincorporated area of Boring, Sandy,

to Clackamas County Planning and Zoning, click on Planning, enter Marijuana for the

project name, then search and you will see every commercial marijuana land use application

that has been applied for which includes marijuana production, processing, wholesaling,

retailing and includes the details of the property owner, applicant, and site location.

the marijuana land use requirements.

CALL YOUR CLACKAMAS COUNTY COMMISSIONERS TO VOICE YOUR OBJECTIONS TO ALLOWING RECREATIONAL COMMERICAL MARIJUANA INTO YOUR COMMUNITY WHEN THEY HAD THE OPTION OF OPTING OUT:  503-655-8581   Chair Jim Bernard and Commissioners Paul Savas, Martha Schrader, and Ken Humbertson, and Sonya Fischer e-mail them at bcc@clackamas.us. 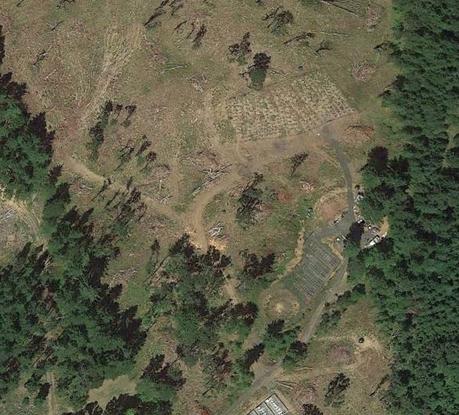 CLACKAMAS, DESCHUTES, POLK COUNTY MARIJUANA LAND USE REGULATIONS OR LACK THERE OF ARE CHANGING YOUR PUBLIC SAFETY, QUALITY OF LIFE AND PROPERTY VALUES


YOUR VOICE NEEDS TO BE HEARD! 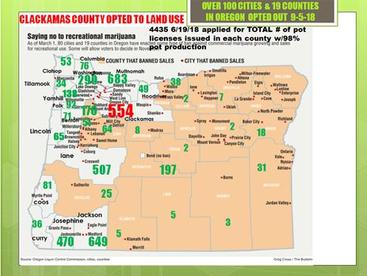 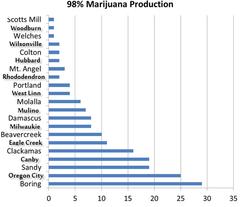 In Oregon’s new Oregon Medical Marijuana Program and Recreational Program law called HB3400 which was passed by the legislature and signed by the Governor in 2015, it allows cities and counties to opt out of having these types of facilities in our city and rural residential neighborhoods because marijuana is still a federally illegal drug and brings a lot of risk to our public safety, quality of life, and protection of property values.

After Oregon legalized recreational marijuana the Oregon legislature decided to redefine marijuana as an agricultural crop allowing it to be grow in almost every zone with limited land use regulations.

It was Urban Oregon who legalized marijuana, yet it is rural Oregon who is paying the price with large commercial marijuana grows showing up next door to their rural farming homes. 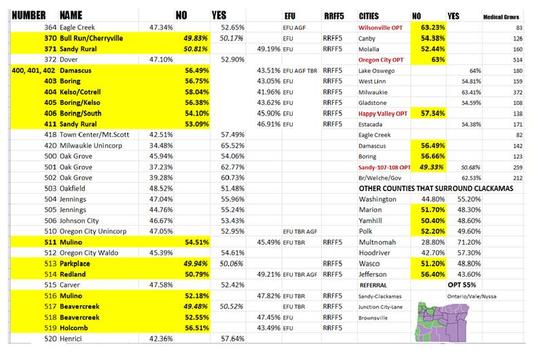 Below reveals the Counties and Cities that have banned and opted out of having medical and recreational marijuana in their communities.   Currently there are over 554 marijuana land use applications that have been applied for in Clackamas County with over 98% of those being for marijuana production.  Over 100 cities and 19 of the 36 counties have banned medical and recreational marijuana and as you can see marijuana growers are taking over those counties that opened the door.

WHAT YOU CAN DO

POLK COUNTY PROVIDED NO MARIJUANA LAND USE REGULATIONS EVEN THOUGH THE VOTERS IN THEIR COUNTY VOTED 53% NO FOR MARIJUANA LEGALIZATION, BUT RATHER REDEFINED IT AS AN AGRICULTURE FARM CROP WITH NO NEIGHBOR NOTIFICATION OR CONDITIONAL USE PERMITS

Contact your County Commissioners to let them know how you feel about this:

To view the Polk County Planning Departments staff report regarding marijuanabeing redefined as an agriculture crop hit the below link:

Staff Report for Board of Commissioners public hearing on January 13, 2016