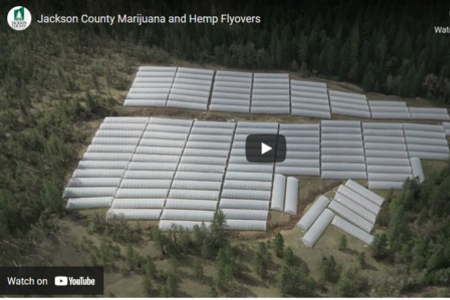 For years the marijuana legalization crusade has pushed an agenda that pretends to portray marijuana as a medicine, even though marijuana has never been approved by the Food and Drug Administration (FDA) as medicine in the United States and who in their right mind would call the local unregulated drug dealer growing marijuana in their backyard with untested, no-dose so-called medicine as their pharmacist? Unlike other professions that are required to complete an accredited program, take national and clinical exams and be licensed by the State, along with completing a number of hours of continuing education periodically to retain their license, those tending a marijuana dispensary in states that have voted in medical marijuana have no educational requirements. In fact one of the few requirements is that they may not have been convicted in any state from the manufacture or delivery of a controlled substance in Schedule I or Schedule II drug within five years from the date of their application to operate a dispensary. If marijuana were truly a medicine, it would have been approved by the FDA a long time ago and it would be dispensed by legitimate pharmacists and picked up at legitimate pharmacies rather than in someone's backyard at 12 midnight.

Not only does growing marijuana in your backyard, garage, apartment, basement or barn, pose dangers for the users, but for those growing the marijuana and puts the entire neighborhood at risk. Just before 10pm, on Friday, April 10th, 2015 in NE Portland, Oregon, a gunman from Texas who wanted to buy medical marijuana, entered the home of a large medical marijuana grower (who had already had two prior robberies according to Portland public police records) and with single bullet shots to the head, shot Gary Pham, 33, Susie Chang, 41, and Andrew Pham, 35, all while a 13 week old baby slept in the next room. (1)

Marijuana is a Schedule 1 federally illegal drug in the United States and is held by our federal government as being a highly abused drug, yet there is still a global attempt to legalize marijuana by a handful of billionaire's through state-wide ballot initiatives which are attempting to circumvent federal drug policies and if these efforts are allowed to continue, will be devastating to our communities.

We consider the impacts of medical marijuana and marijuana legalization very important for many reasons, most importantly it is the impact on public safety, quality of life, and our property values and the benefits involved do not outweigh the risks.

BEWARE: Marijuana advocates mislead citizens into believing that it is prohibition or the "war on drugs" or the illegality of a drug that is the problem and that if we legalize marijuana it will eliminate the problems surrounding it.

TRUTH: If prohibition is the problem then why did we have on average 88,000 alcohol related deaths in the United States from 2006-2010 according to the Center for Disease Control and Prevention (CDC) reported Data sheets? (2) Prohibition is prevention by law.

According to the National Family Council there are 19 million people using marijuana, 69.5 million using tobacco, 136 million using alcohol in America. This illustrates that by legalizing a drug and making it more assessable, it increases a new market of consumption and the benefits of legalizing marijuana will not outweigh the risks and the costs to society. Though many will use an illegal drug, many will not, simply because it is illegal and they do not want to pay the consequences if caught.

It is annoying that the marijuana advocates peddle the mantra that the war on drugs has failed. Have the wars on crime, cancer, aids, poverty, and terrorism also failed? We strive for ideals, being free of these social problems, including being free from drug use. The widely chanted message that marijuana is safer than alcohol ignores the reality that it is not a choice of one or the other. If you were given the choice of holding a rattle-snake or a cobra which would you choose? Marijuana and alcohol both have dangerous bites and neither is safe.

(2) Centers for Disease Control and Prevention. Fact Sheets-Alcohol Use and Your Health. Atlanta, GA: CDC.
http://www.cdc.gov/alcohol/fact-sheets/alcohol-use.htm

Medord, Ore.-A video taken via helicopter above Jackson County over the last week, showing dozens of apparent cannabis grow operations, demonstrates "how big the problem" of marijuana and hemp have become in the Rogue Valley, the Jackson County Sheriff's Office said.

The video covers areas of the Rogue Valley from Ashland stretching up to White City, from Sams Valley Northwest to Wimer, and around Rogue River.  It highlights grows near Griffin Creek Elementary and Phoenix High School.  The Sheriff's Office says that the footage was taken last Friday and early on Monday.

"The video gives you an idea of how pervasive the Marijuana/Hemp grows are in Jackson County." the Sheriff's Office said.  "We are doing what we can with the resources we have and the regulations currently in place.  There is work being done in Salem to remove some of the loop holes responsible for how large the problem is and there is potentially additional funding coming. Those issues are still being discussed and will hopefully be voted on this session."

But with both marijuana and hemp legal for growing in Oregon with the property licensing, it isn't at all clear in the video which grow operations are completely legitimate, and which are operating outside of the law.

"Just because a grow or location is shown in this video it does not mean it is illegal or unlicensed with the property regulatory authority." the Sheriff's Office admits.  "This video is to just give the public, our local, state, and federal elected officials of how big the problem is here."

The Jackson County Sheriff's Office asked for people who suspect an illegal or unlicensed operation to file a report by calling 541-618-1847.  See video at above link.